Two nursing aides in McMinn County said they were fired for a social media post joking about the elderly.

The photo was a recreation of the meme “Feeling cute, might delete later.” It shows Rakestraw sitting in a lift and Moses smiling in the front. 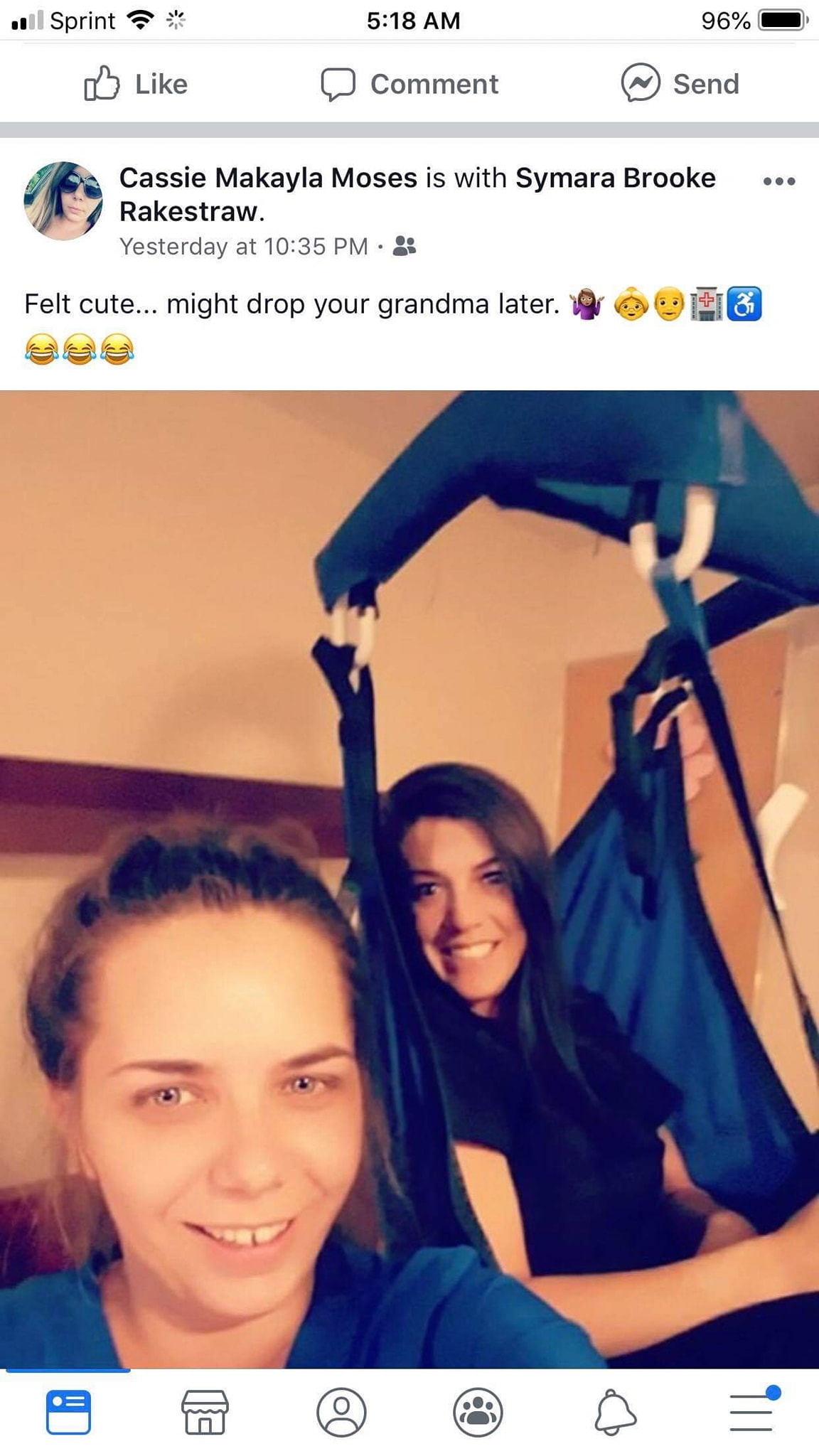 Kristine Blankenship wrote on Facebook that the photo was inappropriate and that she reported the women to Etowah Health Care Center. She told WTVC-TV her mother-in-law died in a nursing home from a “fall and failure to thrive.”

Both women said the photo wasn’t taken at Etowah Health Care Center and they intend to sue Blankenship for harassment.